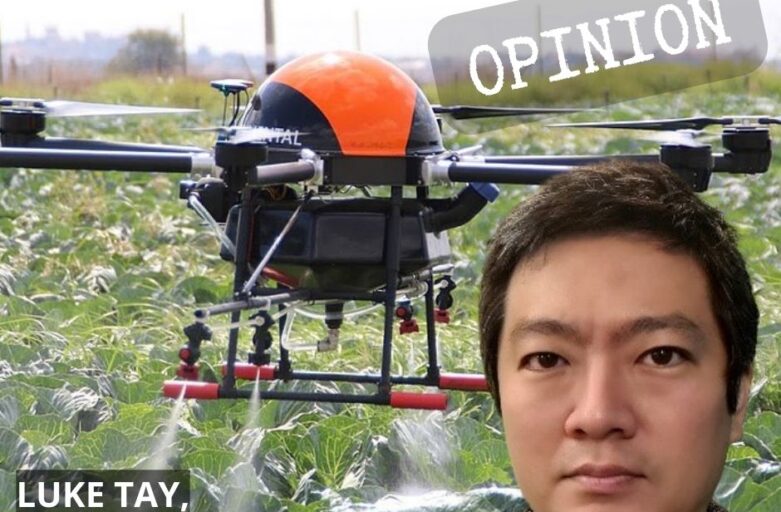 What do IMAJINE’s scenarios imply for how Europe feeds itself in times to come? Regional dynamics affect and are affected by the agrifood sector and its vital supply chains. Questions of environmental sustainability, logistics, health, and lifestyle are all entwined. In this expert response, Luke Tay explores IMAJINE’s four scenarios for Europe in 2048 from a food futures perspective. Luke Tay is a founder of Cornucopia FutureScapes and Singapore Futures Fellow (adjunct) at the Lee Kwan Yew School of Public Policy.

Civilizations rise, prevail and fall based on their ability to sustain and secure themselves, mobilising adequate resources to allow for growth and renewal. Governments and communities face the challenges of organising to achieve stable and predictable food production, access, and affordability; sustaining the environment in which food is made; flexing technology, providing employment, and building prosperity through the food value chain; and harnessing food’s role in cohering group identities, culture, and lived experience.

Until such time as humankind exits, or transitions beyond corporeality to a post-nutrition sustenance paradigm, food will remain a cornerstone of the human enterprise. Consequently, food is both an invaluable window into, as well as an essential pillar of the human experience, past, present and future.

With their incisive solidarity-autonomy and prosperity-wellbeing axes of difference, the IMAJINE scenarios provide four compelling visions of mid-21st century Europe. Their starkly different conceptions of and paths towards spatial justice are rich with takeaways on potential futures for the food system, and how it would both shape and be shaped by broader socio-economic-technological, political, and environmental currents.

The Silver Citadel is a world of dreary yet comfortable security and uniformity in Europe, set against a geopolitical context of some adversity. All would receive their nutritional due, with a strong and all-seeing federal AI mechanism flagging relative nutritional deficits and deprivation, horizontally redistributing food and the means to obtain it for an amply fed whole-of-Europe.

Beholden to no one, particularly the badlands to the East, the Citadel has achieved resource, and economic security-through-autarky via a teched-up Federal Capitalism. From Lisbon to Luhansk, agronomically and distributionally optimised farming, food manufactories, and fulfilment networks might form part of a pan-European food-energy-water generation/conservation network (EUROFEWGEN, pronounced “fusion”). Building on today’s puny “precision agriculture”, 2048’s immaculate algorithmic farming machine limits weather/climate depredations and the eco-impact of the food system itself through ubiquitously controlled, highly automated growing environments, crowned with judicious atmospheric spraying across the European theatre.

The silver lining to the stultifying nutritional uniformity of the citadel is its vibrant sensory-sustenance (in short, “food”) scene. The zone boasts a multitude of cuisines, channelling its many heritage and immigrant cultures. But nutritional adequacy and culinary variety are merely the crust from which rises an infinite playground of experiences – washed down with much less wine nowadays but instead a multitude of ecstatic seasonings, both natural and synthesised, and lately, direct neural cues to sculpt what one is tasting. All kick and no harm, the “food” culture melds into the zone’s randy libertinism, taking the edge off a regimented modernity.

Adding yet more spice to the mix are occasional flashes of food politics, when stakeholders argue about the even-handedness of the algo or demand more scrutiny of the ritual purity of their foodstreams.

A future Green Guardian Europe equally prizes solidarity, but has chosen wellbeing through mutual assistance over profit. Throw in sea changes in climate and public health that alter population distribution and the very geography of coastal Europe, and the food system would see a discontinuous jolt of a journey to 2048. Europe’s values and food production base moved greenwards in tandem, reinforced by intrusive nanny state surveillance and social credit regimes, imposing an eco-frugality made popular after the climate disasters that saw the Netherlands submerged off the map.

An ascendant climate justice movement saw a parade of CEOs of European food giants and their political enablers hauled to court for crimes against Gaia. In their place the food system of 2048 would be a transformed space: continental networks of cooperatives across diverse bioregions, community farmers, and green agriculture solution-providers. Profits as such would be reinvested into communities to help the least privileged in Europe’s depleted post-urban Badlands, or served up as climate reparations. Gastronomy would celebrate wellness, restraint, and grow-your-own – values and practices anchored by Europe’s common food and health policy.

Due to the ravages of animal disease, and the practical and affective move towards far greener plates, the European diet of 2048 would be chiefly plant-based. A key exception would be in fisheries and aquaculture: with the intrusion of the sea, advances in adaptive coastal engineering, and Europe’s increased dominion over the Mediterranean out to the north coast of Africa, mariculture would play a significant part in feeding Europe.

It is a Europe that eats to live, and to give mother nature a new lease of life. But at the same time, it is a food system at peace with the use of technology – a profusion of gene edited varietals enrich a garden Europe’s stands of permaculture, agroforestry, and otherwise “organic” production. World-class SynBio fermenteries churn out a cornucopia of meat analogues and nutraceuticals. Edible mountains rise to face surging seas: with more living around and farming Europe’s flood-free uplands, rediscovered and reengineered high-altitude crop varietals.

The skimpily held together Europe of the Silicon scaffold would be starkly different, diverse and unequal. Prizing autonomy and the pursuit of prosperity, it would be a Europe of corporate regions, greatly virtual if not virtuous, with citizenships-by-subscription for those who can: Hanseatic League meets Hunger Games.

The different comparative advantages and focus of each highly autonomous sphere would lead to great diversity of independent food systems and nutritional outcomes. More fecund bioregions and/or those with more dynamic corporates would fair well. The monied classes elsewhere would subscribe to their superior nutritional benefits, while the down-at-heel may receive charity from successful region-corporations’ CSR initiatives to keep the neighbourhood below boil. A seething underbelly would exist in the backward districts where dirty, dangerous, and demeaning intensive agriculture is the only niche, with profits and nutrients sucked outwards towards the nearest smart cities.

In this 2048, the act of eating would be highly personalised, and virtually augmented. The poor would mostly have enough, but would experience a feast based on the multisensory bounty afforded by their metaverse implants. The better-off would have gustation and wellness subscriptions highly tailored to their every mood and metabolic whim. Corporate titans would hoard and swap digital IP and algos for food and other lifestyle solutions across their worldwide corporate networks.

Completing the set of envisaged tomorrows, a Patchwork Rainbow future for Europe, prizing autonomy and wellbeing, may be the most starkly different Europe to today’s – technologically left-behind, geopolitically eclipsed, internally fragmented, and highly libertarian – a Holy Roman Empire with no God and no Emperor. Curbs and inadequacies in Europe’s digital world privileged the lived experience, including food-wise, in a physical world of independent minded communities of kaleidoscopic variety, inflected by loyalties and affinities to often faraway partners and patrons.

Absent any looming external existential threats, a decentralised patchwork of little Europes ekes out a sort of resilience through difference – an incoherent collage of DIY food economies and culinary states.

While some Europeans embrace a quiet, pastoral existence as the fruits of degrowth, the more restless and ambitious uproot towards congested pockets of relative opportunity, if not leaving Europe entirely to pursue their destiny elsewhere. The dislocation breeds food insecurity, and a less dynamic and productive Europe may trade on its cultural and natural attractions for hard currency to fund food imports.

Out-of-region corporates and investors may buy into heritage food brands, IP, and entire growing regions, providing welcome lifelines of capital and expertise. One locality may be more likely to share food flows with Jakarta, Nairobi, or Chonqing, more so than with the folks next door.

Amidst contemporary OneHealth, ecological, and geopolitical traumas, the question of future sustenance, and the power it gives those with the means to achieve resilient, sustainable surpluses, will be a central theme of the late Anthropocene as we move forward, for Europe, and ditto the world.

Whether Europe trends towards one of these futures or others beyond the four depicted here, IMAJINE raises important notions of more universal relevance on how the food system may change, how we might wish to transform it – moving with or tacking against wider forces – and what those future states would deliver for its stakeholders, including the earth itself. While the convergence that solidarity implies may lead to policy contiguity, economies of scale, and more assuredly uniform minimum standards of food security, the walled gardens and messy variety of more autonomous, artisanal futures may hold an appeal – a lifestyle choice perhaps more viable in a macro-environment with less charged geopolitics.

Between a focus on material prosperity versus a more holistic wellbeing, a possible rejoinder is that technology, coupled with economic and policy innovation may let Europeans “have their cake and eat it” – perhaps even within planetary boundaries, no less – giving regions and individuals a privileged base on which to lean more towards one or the other.

Further scenario exploration may test such notions, and in more outward looking fashion explore what Europe as a food-(energy-water) superpower may do on the world stage. Centred on European sub-regional concerns, IMAJINE is by design skimpy on extraregional contouring, such as the bearing of 2048 Europe on the Americas, Asia ex-China, and Oceania.

Hailing from Singapore in the heart of Southeast Asia, I see this not as an omission but an opportunity to extend the imaginary, for instance on transregional food flows and cooperation, and the roles that global networks of agrifoodtech and financing nodes may play.