Although social and economic cohesion have been at the core of the European Social Model since the Treaty of Rome, the explicit inclusion of territorial cohesion as an equivalent principle in European Community, or later European Union, policy is a more recent innovation.

Awareness of spatial inequalities as a challenge for the EC/EU developed during the 1980s, with observations that Europe was divided into a core and a periphery with differing levels of economic development and informed the delivery of regional policy through the Structural Funds. The specific concept of ‘territorial cohesion’ was proposed by the Assembly of European Regions in 1995 and referred initially to the coordination of various sectoral policies to avoid unintended spatial impacts. By the time that territorial cohesion was formally incorporated into EU policy in the Lisbon Treaty in 2008, it had already expanded to take on more varied meanings, but its objective could be summarised as being to ‘achieve a more balanced development by reducing existing disparities, preventing territorial imbalances and making both sectoral policies, which have a spatial impact, and regional policy more coherent’ (EC Third Cohesion Report, 2004, page 27).

Accordingly, territorial cohesion is positioned as addressing spatial inequalities through the proofing and coordination of policies, and in spite of the reference to sectoral policies, its application has been most visible with respect to spatial planning and regional development.

However, there have been concerns raised about the effectiveness of EU policies to promote territorial cohesion. The continues to be an economic core and an economic periphery in Europe, and some so-called ‘lagging’ regions have remained stubbornly under-performing relative to the European average despite several rounds of investment through the European Regional Development Fund (ERDF). Moreover, whilst figures in the 1980s, 1990s and early 2000s indicated that the regions of the EU were slowly converging in their economic wellbeing, the trend was halted by the economic crisis in 2008, with disparities between some regions widening again. Questions have also been asked about the appropriateness of the methods through territorial inequalities have been measured and the scale at which data has been evaluated and interventions framed.

Debates within European policy circles have consequently begun to explore whether there may be alternative ways of understanding and addressing territorial inequalities. These debates have in turn informed the call for research in the Horizon 2020 programme through which IMAJINE has been funded, which set us the challenge of examining ‘links and tensions between territorial cohesion, sustainable development and spatial justice in Europe at times of crisis’, ‘re-appraising existing cohesion policies and instruments and the role of public services’ and ‘identifying policies promoting spatial justice and socio-economic well-being at various levels of governance’ (Call REV-INEQUAL-07-2016, ‘Spatial Justice, Social Cohesion and Territorial Inequalities’).

What are territorial inequalities?

In IMAJINE we define territorial inequalities as disparities in economic prosperity and/or the average standard of living of residents between different territories (which may be countries, regions, municipalities or neighbourhoods). For example, cities such as Luxembourg and Hamburg and the regions in which they are located are fairly clearly significantly more prosperous than regions such as Sicily, Eastern Macedonia and Thrace in Greece, or North Central Bulgaria. The existence of such territorial inequalities offends the principle that EU citizens should have equal rights and opportunities regardless of where they live and militates against the territorial cohesion of Europe.

Patterns of territorial inequalities may to some degree reflect geographical variations in the distribution of social groups between which inequalities are also known to exist, such as different social classes or occupational groups, or different ethnic groups. However, these factors cannot explain the variations observed between regions. As such, we hold that there are also geographical dynamics at work that mean that an individual in one region may not enjoy the same income, living standards or opportunities as an individual with a similar job and background in another region. 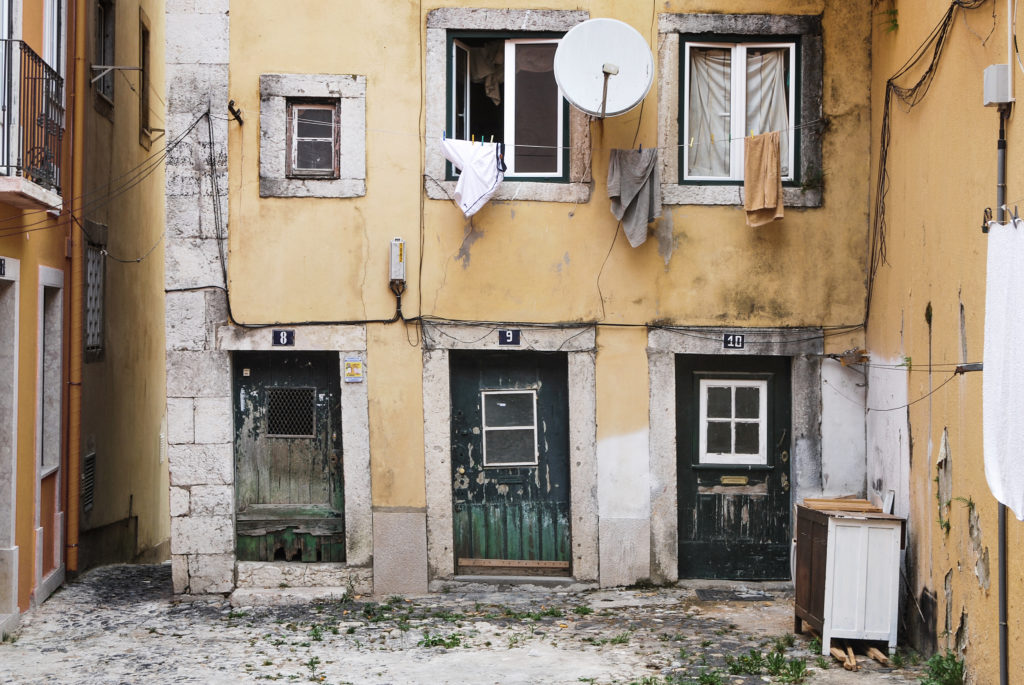 It is not an objective of IMAJINE to comprehensively explain the drivers of territorial inequalities across Europe, but in evaluating how EU and national governments measure, problematize and respond to territorial inequalities we have been informed by numerous previous studies. As an inter-disciplinary project we draw on perspectives from economics, human geography, political science and sociology, and test theories put forward by neo-classical economics, ‘new economic geography’ and neo-Marxian political economy. In particular, the research design for IMAJINE has been shaped by critical political economy ideas of locality effects in uneven development and by the emphasise of relational spatial theory on flows and interconnections between places.

An important component of IMAJINE is examining the ways in which territorial inequalities are measured and mapped in Europe and possible alternative approaches. This question responds to ambiguities in the definition of territorial inequalities that we gave above – namely, inequality of what and between what territories? The best known and arguably most influential indicator of territorial inequality used in the EU is Gross Domestic Product (GDP) per capita (person) for large-scale ‘NUTS 2’ regions. This is the measure that is used to classify regions as being eligible for different levels of support through the EU Structural Funds, for instance. However, the emphasis on this indicator has been criticised on two counts. Firstly, whilst GDP per capita measures economic productivity – and thus the generation of wealth – it does not necessarily reflect wider aspects of differences in standards of living as actually experienced by people, and which might be captured by other indicators such as household income, household expenditure, educational qualifications, access to services and households at risk of poverty. Secondly, the NUTS 2 regions currently used in the official mapping of territorial inequalities are geographically large areas (such as Catalonia, Brittany, Veneto or the whole of Estonia) that may contain substantial internal disparities between districts, towns and cities within the region. Both these factors could mean that current policies aimed at addressing territorial inequalities are not as effective as they might be, and both questions are explored within IMAJINE.

The final concept underpinning our approach in IMAJINE is ‘spatial justice’. Whilst ‘territorial cohesion’ has been a concept that has been more widely used in policy discourse than in social science research, ‘spatial justice’ is a concept developed in critical social science that has only recently started to appear in policy discussions. The juxtaposition of the two ideas in the Horizon 2020 call ‘Spatial Justice, Social Cohesion and Territorial Inequalities’ that funds IMAJINE was therefore significant. Although there are correspondences between ‘territorial cohesion’ and ‘spatial justice’, they have subtly different emphases that could in turn lead to different policy approaches. 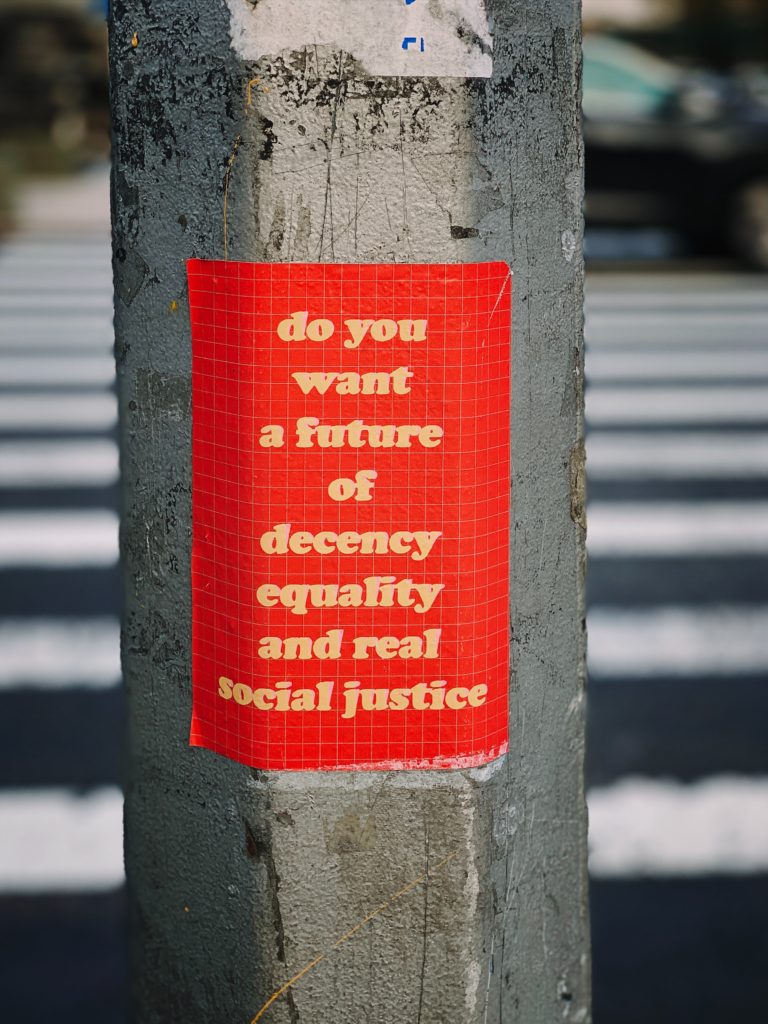 In essence, spatial justice refers to whether different places are treated fairly, and whether the ability of people to realise their rights is compromised by where they live. The concept originates in the writing of the French sociologist Henri Lefebvre on ‘the right to the city’ and was developed by radical urban geographers David Harvey and Ed Soja. As such, it has primarily been applied at the scale of the city to analyse territorial inequalities between different urban neighbourhoods and connections to class and ethnic politics. Moreover, it has be used to investigate how urban territorial inequalities have been produced and reproduced by decisions of national, regional and local government, including for example differential spending on public services, land use planning, access to transport infrastructure, and the location of polluting and potentially unsafe industries or facilities.

Translating the concept of spatial justice to think about territorial inequalities between regions or sub-regional districts within Europe therefore carries a number of implications that makes it different to referring to ‘territorial cohesion’. Firstly, territorial inequalities are not the outcomes of ‘natural’ economic processes that governments might simply try to mitigate, rather governments are actively involved in producing and reproducing territorial inequalities through their policies. Secondly, by invoking ‘fairness’ spatial justice requires us to look beyond quantifiable material disparities to consider qualitative perceptions about how wealth, resources and opportunities are distributed between places. Thirdly, spatial justice introduces a political dimension by asking questions about the ways in which decisions are made, and thus about the distribution of power between different regions or localities.

In summary, as the primary conceptual framework for IMAJINE, spatial justice points towards four key concerns that will enable the project to move beyond the current state-of-the-art in research on territorial inequalities and EU cohesion policy:

The core aim of IMAJNE is to formulate new integrative policy mechanisms to enable European, national and regional government agencies to more effectively address territorial inequalities within the European Union. One of the keywords here is ‘integration’, and it follows directly from the conceptual framework that has been outlined above. 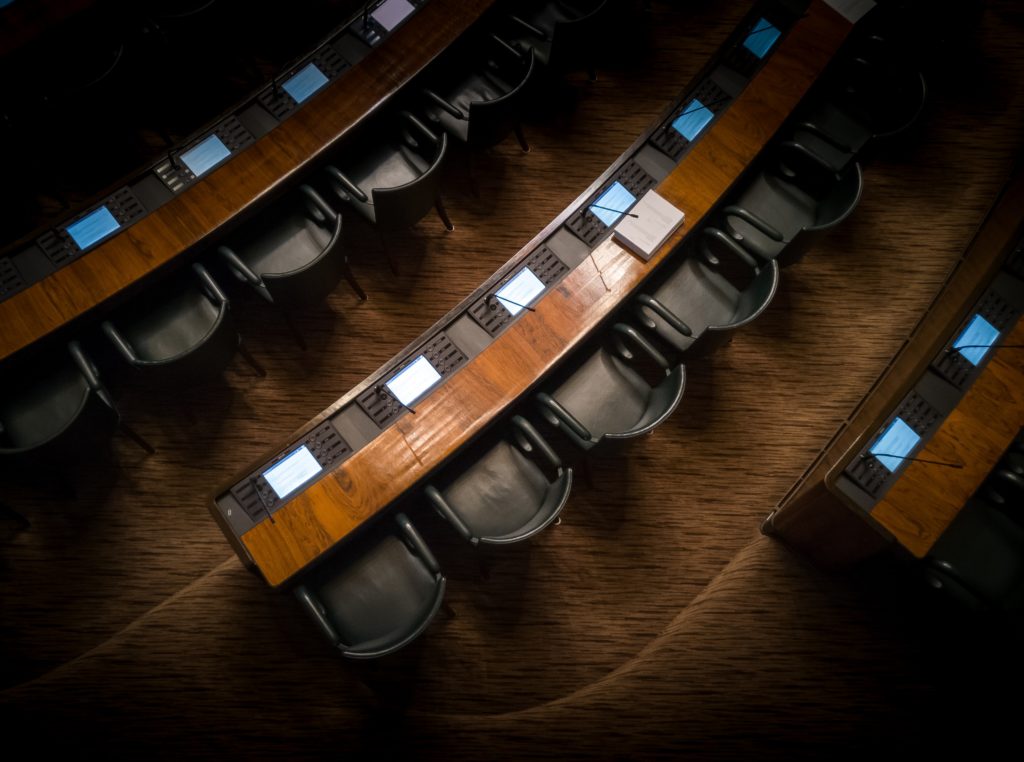 By critiquing the emphasis in current policy on GDP per capita for NUTS 2 regions as the main indicator of territorial inequalities and by adopting the broader perspective of spatial justice as a framing principle, IMAJINE intrinsically rejects ideas that complex patterns of territorial inequality can be adequately addressed through economic development interventions alone.

Whilst detailed evidence-based recommendations will emerge from the IMAJINE research, the conceptual framework leads to the anticipation that to effectively address territorial inequalities integration is required in a number of ways: integration across policy domains; integration across programmes; and integration or coordination between the European Commission and national and regional governments.

Developing recommendations for integrated policy mechanisms also requires an integrated way of working within IMAJINE, across work packages, across partners and disciplines, and of different types of data. The main locus for this will be in Work Package 8, in which evidence from the different analyses within earlier work packages will be brought together to inform participatory scenario building exercises with local stakeholders within several regions across Europe. The participatory scenario building exercises will explore different scenarios for the future development of the regions concerned and their relative standing against other regions and will discuss and simulate the merits of potential policy interventions. As such, the recommendations for integrative policy mechanisms resulting from IMAJINE will emerge not only from the integrated analysis of data collected in the project, but also from consultation and co-production with stakeholders and the testing of ideas in situ.